Create an Account - Increase your productivity, customize your experience, and engage in information you care about.

The City of Enumclaw Water Utility is pleased to provide this report on the quality of the drinking water the City delivered in 2020. We want to keep you informed about the City’s water service and the on-going efforts made to provide a safe and dependable supply of drinking water.

The City owns and operates four water sources to the east of the City: Boise Springs, Watercress Spring and Well, PC Johnson Wellfield, and the Golf Course Well. The City also has an emergency intertie connection to the Tacoma Water pipeline that passes through the City. This connection has not been used since 2003.

According to the Washington State Department of Health, the Boise and Watercress sources have a high susceptibility to potential sources of contamination while the PC Johnson Wellfield and Golf Course Well have low susceptibility. To protect the health of our customers all the City sources are treated with chlorine for disinfection. The City of Enumclaw does not add fluoride to its sources. The City does raise the pH of the Boise and Watercress sources to reduce the potential for the water to corrode metal piping.

The City’s drinking water is safe and meets or exceeds all federal and state requirements. Water quality sampling is conducted on a routine basis to monitor for contaminants and ensure the safety of the water. Substances detected in the City of Enumclaw water system in 2020 are listed in the Summary Table on the following page.

Sources of drinking water (tap and bottled water) include rivers, lakes, streams, ponds, reservoirs, springs, and wells. As water travels over the surface of the land or through the ground, it dissolves naturally occurring minerals and, in some cases, radioactive materials, and can pick up substances resulting from the presence of animals or from human activity.

Contaminants that may be present in untreated source water include:

(1) See Definitions for explanation of abbreviations used in the table. Data presented in the table are from 2020 or the most recent testing done in accordance with the regulations. Many other substances were tested for, but not detected.

Notes from the EPA

Some people may be more vulnerable to contaminants in drinking water than the general population. Immuno-compromised persons, such as persons with cancer undergoing chemotherapy, persons who have undergone organ transplants, people with HIV/AIDS or other immune system disorders, some elderly, and infants can be particularly at risk from infections. These people should seek advice about drinking water from their health care providers. EPA and Center for Disease Control (CDC) guidelines on appropriate means to lessen the risk of infection by cryptosporidium and other microbiological contaminants are available from the Safe Drinking Water Hotline at 800-426-4791.

Maximum Contaminant Level (MCL): The highest level of a contaminant that is allowed in drinking water. MCLs are set as close to the MCLGs as feasible using the best available treatment technology.

Action Level (AL): The concentration of a contaminant which, when exceeded, triggers treatment or other requirements which a water system must follow. Action Level is reported at 90th percentile.

ppm: Parts per million or milligrams per liter

ppb: Parts per billion or micrograms per liter

Maximum Contaminant Level Goal (MCLG): The level of a contaminant in drinking water below which there is no known or expected risk to health. MCLGs allow for a margin of safety.

Goal #1. Reduce distribution system leakage to 5% by 2023 through additional steel water main replacements, by conducting annual leak surveys and fixing any identified leak as soon as practicable, and completing the conversion to a new automated meter read system to more accurately measure consumptive use.

To view a copy of the City’s 2020 and prior annual performance reports, see cityofenumclaw.net (search ‘WUE’).

If present, elevated levels of lead can cause serious health problems, especially for pregnant women and young children. Lead in drinking water is primarily from materials and components associated with service lines and home plumbing. The City of Enumclaw is responsible for providing high quality drinking water, but cannot control the variety of materials used in plumbing components. When your water has been sitting for several hours, you can minimize the potential for lead exposure by flushing your tap for thirty seconds to two minutes before using water for drinking or cooking. If you are concerned about lead in your water, you may wish to have your water tested. Information on lead in drinking water, testing methods, and steps you can take to minimize exposure is available from the Safe Drinking Water Hotline at 800-426-4791 or at http://www.epa.gov/safewater/lead.

A cross connection is a connection between a water pipe and a source of contamination.

Examples include hose-end spray applicators, irrigation systems, boiler make-up water lines, and hose ends submerged in pools, stock tanks, hot tubs or buckets. Cross connections are dangerous because they provide opportunities for contaminated fluids to be pulled back into the water system. To protect our water supply, avoid using hose-end sprayers and maintain an air gap by keeping the hose end above the water surface when filling containers.

Irrigation systems are required to have a backflow assembly. Backflow assemblies require a plumbing permit, must be inspected by a cross connection specialist, and must be tested by a certified tester when installed and yearly thereafter. 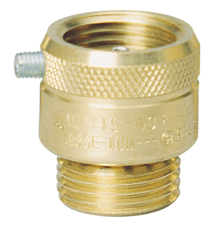 In 2020, efforts on improving the water system included replacing 1,140 feet of steel water main with ductile iron and high density plastic piping and in converting 1,440 meters from manual read to automatic read meters. Approximately 10,310 feet of new ductile iron water main was added to the system.

To provide a measure of protection against backflow of water into the City water main and to facilitate meter maintenance, a check valve is installed at every water meter. The check valve prevents relief of thermal expansion pressure from the customer’s hot water system into the City main. If not relieved, the pressure could shorten the life of the hot water tank or cause other damage to the plumbing. It is the customer’s responsibility to ensure that their plumbing system complies with current codes, including a properly installed and maintained temperature-pressure relief valve and expansion tank on the hot water heater.

Spring and summer spur a lot of plant growth. Excessive growth, however, may make it difficult to access and read your water meter. The Water Department encourages you to locate your meter and if plant growth is infringing, please trim and cut back to allow the meter reader access for accurate reading. Try to maintain a 2-foot perimeter around the meter if possible. On all untrimmed areas, the Water Department will cut back as necessary.

You can recognize your water department staff at work by the logo on the City’s construction equipment or white service vehicles. Personnel carry photo identification and wear work uniforms embroidered with their name. You can feel assured that your utility is in good hands as the City’s maintenance personnel are certified by the state Department of Health to perform water system maintenance and operation and regularly attend continuing education classes to maintain their certification. 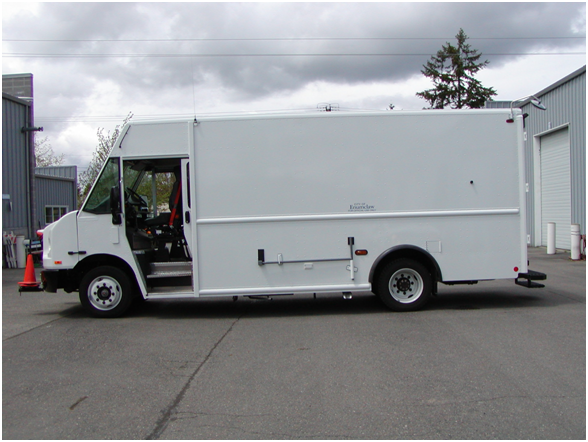 As a customer of a publicly-owned water system you are also an owner and have an additional vested interest in seeing your water supply kept safe and in good operating order. Similar to a neighborhood watch program you are encouraged to be aware of your water system and be alert to anything that seems unusual, such as seeing a water truck connected to a fire hydrant or water flowing out of the ground where you haven’t seen it before. To report any such observation or anything unusual pertaining to the water system, please call 360-825-5541 during normal business hours or 360-825-3505 at other times.

Another common area for leaks to occur is the in buried water line between the meter and the customer’s building, especially if the service line is galvanized steel. Often repairs can be done by the owner, but if you are unsure you can hire a professional. It is prudent to get more than one quote to ensure you are getting the best price.

City code prohibits tampering with a meter. If you need your water service shutoff for repairs please call the City Shops at 360- 825-5541. The Water Department encourages all customers to install their own shutoff valve on the house side of the meter. This can facilitate a quick shutoff and prevent wasted water. The City Code includes a provision for leak credits. For information on the leak credit process, please call Utility Billing at 360-825-3591. For information on how to read your water meter and determine whether you have a leak, see cityofenumclaw.net (search ‘read your meter’).

City of Enumclaw Water Utility staff works hard to provide quality water to every tap. We ask that all our customers help us protect our water, which is the heart of our community, our way of life, and our future. If you have any questions about this report or concerning your water utility and/or want to know how you can be involved, please contact Scott Woodbury at swoodbury@ci.enumclaw.wa.us or at 360-615-5728. You can also find information about the water utility at the City’s website cityofenumclaw.net. Also available for water utility customers is a toll-free hotline at 1-877-8NSF-HELP.

Regulation and policy decisions relating to the utility are made by City Council at their regular meetings on the second and fourth Monday of every month at 7:00 PM in the City Hall Council Chambers at 1339 Griffin Ave. Contact the City Clerk's office at 360-615-5608 for more information or see https://www.cityofenumclaw.net/131/City-Council.